Artwork of the week: Ashton’s Mix, 2014, by Frank Bowling 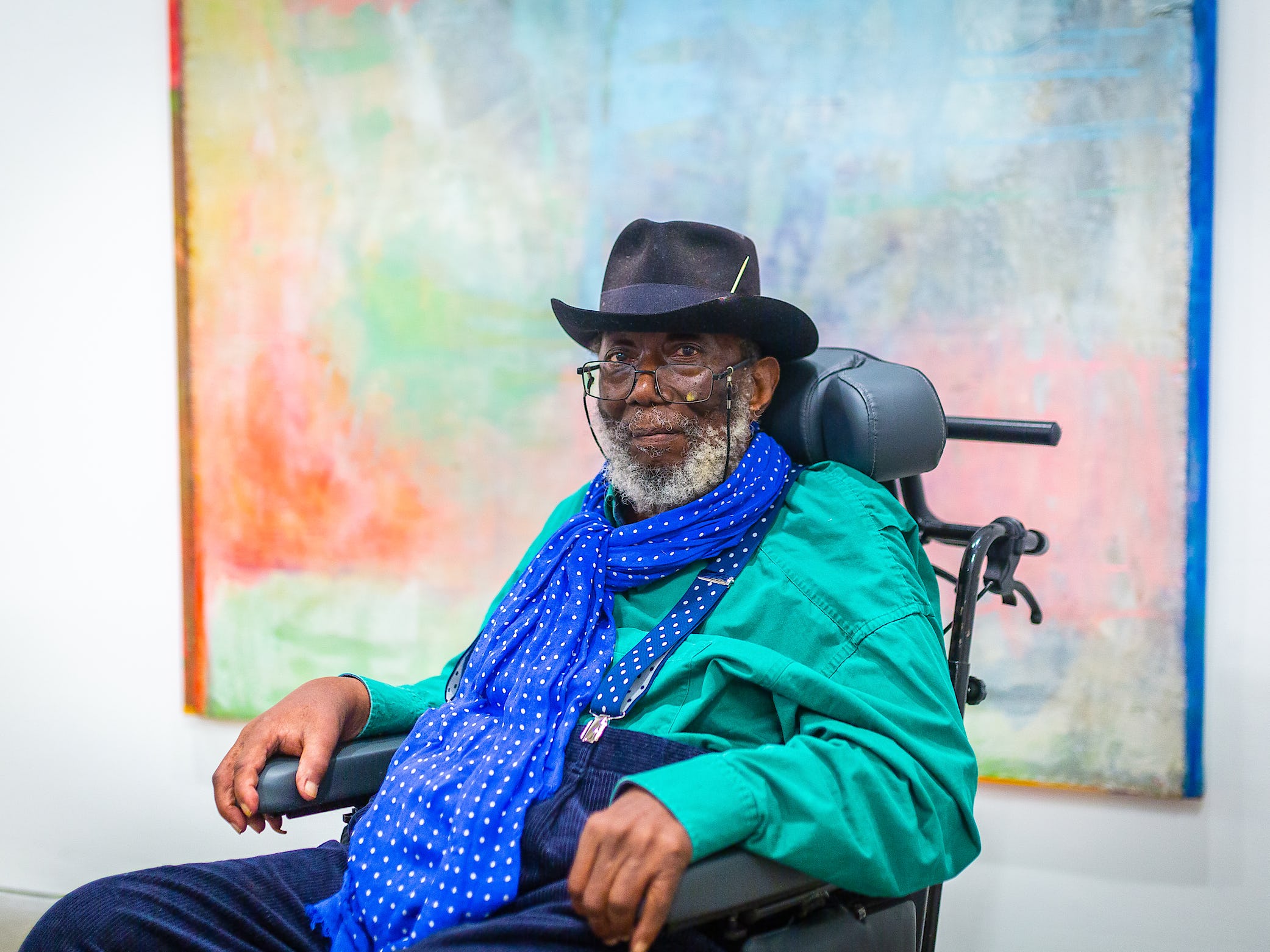 Despite working almost exclusively from a seated position, at 88 years of age, Frank Bowling still paints every day from his south London studio. Born in British Guiana in 1934, he is celebrated for changing the practice of painting, becoming one of Britain’s greatest living abstract painters.

After doing his National Service in the Royal Air Force, Bowling went on to study art, despite earlier ambitions to be a poet and a writer. He studied at the Chelsea School of Art, then in 1959 won a scholarship to London’s Royal College of Art where fellow students included artists such as David Hockney, Derek Boshier, Allen Jones, R. B. Kitaj and Peter Phillips.

Drawing on a myriad of different techniques developed over his 60-year multidisciplinary and transatlantic artistic career, his works embody an ongoing investigation into the possibilities of paint. Influenced by American Abstract Expressionists Jackson Pollock, Barnett Newman and Mark Rothko, he has experimented with staining, pouring and layering, adopting a variety of materials and objects. His large, ambitious paintings are known for their distinctive textured surfaces and colourful, luminous quality.

‘One of the things about being around Frank is, whether in a gallery or the studio, he never tells you what to think. The thinking is up to you.’ – Spencer Ashton Richards

Frank Bowling painting 'There Be Dragons', photo by Ben Bowling

Bowling used to divide his time between the art scenes in London and New York, maintaining studios in both cities. Ashton’s Mix is an homage to Spencer Ashton Richards, his long standing friend and New York studio manager.

When Richards first set eyes on Bowling’s work in a Soho gallery in 1994, he admitted being overwhelmed by what he saw. Speaking to art columnist John Bunker, he explained that, in the beginning, ‘I didn’t understand what I was seeing. But the conversation grew, and one of the things about being around Frank is, whether in a gallery or the studio, he never tells you what to think. The thinking is up to you.’ 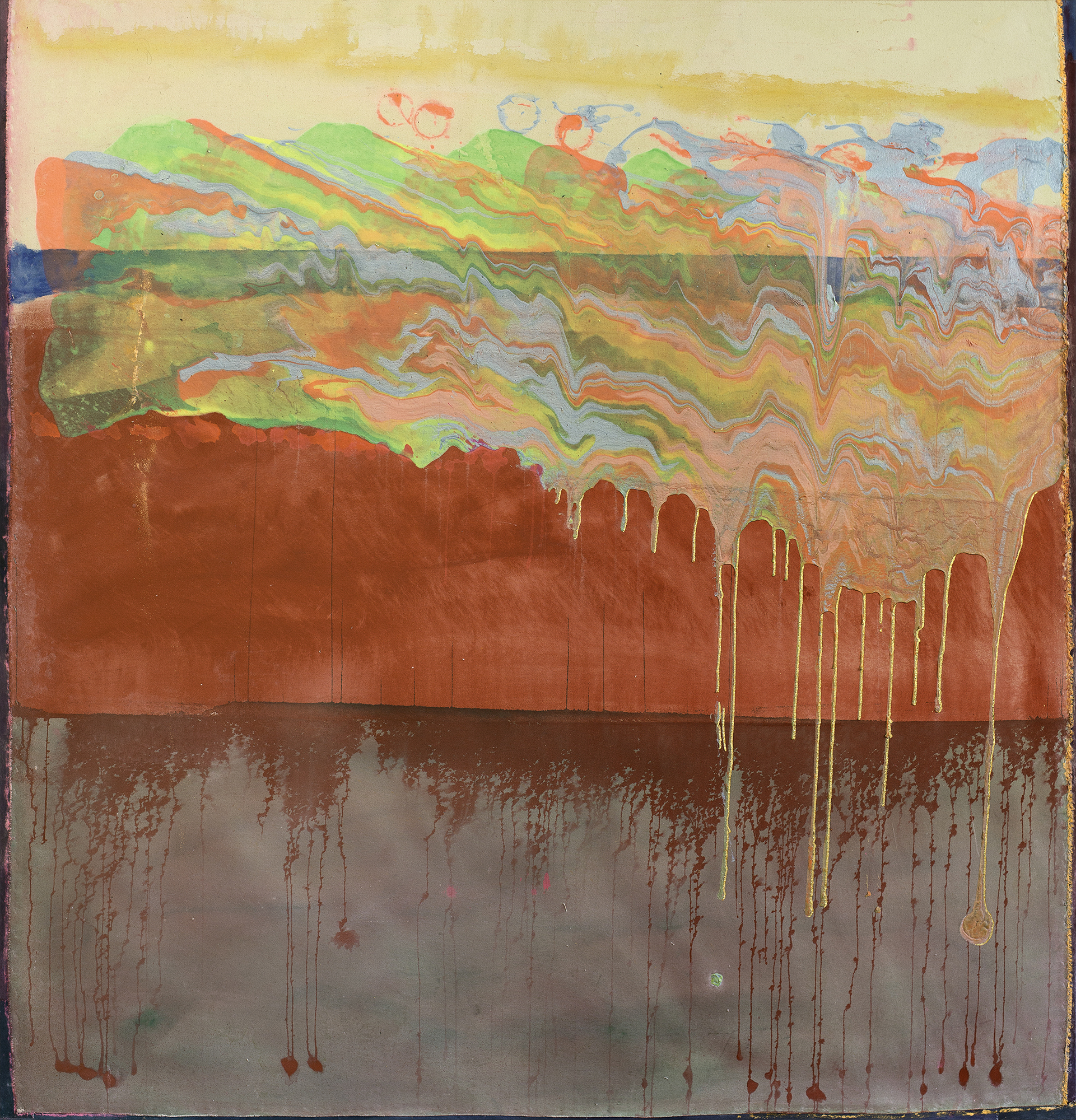 As their friendship blossomed, Richards became more involved in Bowling’s practice. Reflecting on that time, Richards explains, ‘it was really organic. The thing about working with Frank is that, say up till 1997 or maybe even 2000, he did everything himself under Rachel’s watchful eye. (Rachel is Frank’s wife). I think it was after my first visits to London that I began to get involved in stapling and stuff. Of course, as the years went on, he came to New York less and less, so most of the time I come and see him working in London.’

Despite decades of being sidelined by major museums and galleries – pigeonholed as a ‘Black artist’ or ‘Caribbean artist’ – in 2018, Bowling received a full retrospective at Tate Modern. It meant ‘everything’ to Richards. It was more than just an arrival. It was, in Richards’ words, ‘a sense of him receiving recognition due. Put it up there and let the public judge, because they are the final arbiter.’
___________