Artwork of the week: The Snail, 1953, Henri Matisse 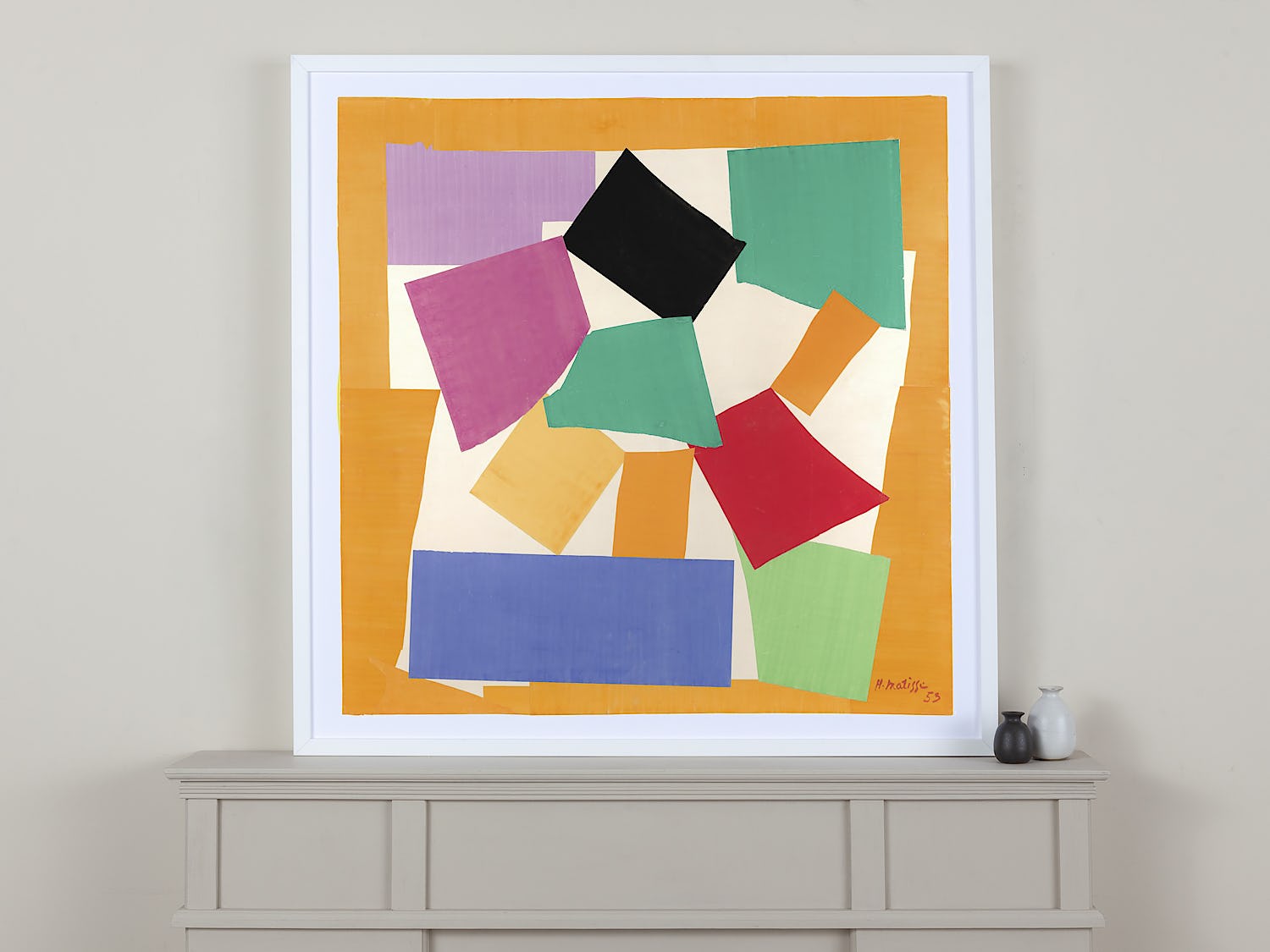 Though his health deteriorated in his seventies and he became confined to a bed, Matisse was determined to continue creating art. Unable to stand and paint on vertical canvases, the French Fauvist replaced paintbrushes with scissors; producing colourful ‘cut-out’ collages. Today they are amongst the most admired and influential works of his entire career. Join us as we take a closer look at The Snail, one of his most playful colourful cut-outs.

Matisse’s love affair with colour started in childhood. Growing up in Bohain-en-Vermandois, a weavers town in northern France in the 1890s, Matisse was exposed to the production of fine silks for Parisian fashion houses. A descendant of a long line of weavers, he got to know all about textile design, its texture and, most importantly, the richness and variety of its colour.

Having learned to use scissors, pins and paper to make patterns from a young age, composition came naturally to him. Indeed, many of his Fauvist paintings resorted to old weavers’ tricks by pinning a paper pattern to a half-finished canvas, or trying out a whole composition in different colourways. But, as he grew older and more frail, Matisse was forced to retire his paintbrushes completely.

After recovering from risky cancer surgery in 1941, he experienced what he called a ‘une seconde vie’, a second life. Fascinated by colour and form – and unwilling to give into the frailty of his elderly body in the final chapter of his life – he channelled his creative energy exclusively into collage. Collage helped him transcend the confines of easel painting. ‘Scissors’, the abstract artist discovered, allowed him to ‘acquire more feeling for line’. Colourful cut-out collages enabled him to keep on innovating, well into his seventies and early eighties. ‘Colours win you over more and more’, he explains, ‘a certain blue enters your soul. A certain red has an effect on your blood pressure [...] colour has a tonic effect.’

Close up of The Snail, 1953 cut-out by Henri Matisse

‘The technique allows me to draw in the colour. It is a simplification for me. Instead of drawing the outline and putting the colour inside it – the one modifying the other – I draw straight into the colour’ – Henri Matisse

Made by cutting or delicately tearing shapes of paper painted with gouache (a type of water-soluble paint), Matisse’s cut-outs gave him much more control over his creative vision. His artworks were like visual puzzles and, with the help of his assistants, he was able to organise his compositions and have them paste them down exactly as he wished when he was finally satisfied. This technique allowed him to ‘draw in the colour’. ‘It is a simplification for me’, Matisse explains, ‘instead of drawing the outline and putting the colour inside it – the one modifying the other – I draw straight into the colour.’

Matisse created The Snail from a hotel room in Nice in 1953. His daughter, Mme Duthuit, remembers him drawing lots of snails at that time. Matisse himself reflected how he ‘first of all drew the snail from nature, holding it.’ He soon ‘became aware of an unrolling’, and suddenly an image of the shell ‘purified’ appeared in his mind. After that, he picked up the scissors and got to work – bringing the concentric pattern to life with different colour shapes that alluded to the spiral pattern of a snail’s shell.

Close up detial of The Snail, 1953 cut-out by Henri Matisse

Matisse had many studio assistants and Lydia Delectorskaya, a Russian refugee and model, described the making of the artwork in a letter to Tate in 1976: ‘Matisse had at his disposal sheets of paper painted in gouache by assistants, in all the colours he used for the papiers découpés. A background of white paper – of the dimensions indicated by H.M. – was put on the wall and the assistant pinned onto it the pieces of gouached paper which H.M. passed to him indicating exactly where they should be placed. When H.M. decided that his composition was finished, it was lightly stuck to the background [...]  Later on it was sent to Lefebvre-Foinet [in Paris] to be pasted down, before anything was moved, an extremely precise tracing was made to ensure that no changes were made in the composition, not even by so much as a millimetre.’

The Snail, 1953 cut-out by Henri Matisse

One of the largest (the original piece measures 2.87 m x 2.88 m) and most resplendent of his artworks, The Snail is comprised of a series of unequal rectangles in magenta, black, orange and yellow, turning on an axis of green against white. Many have suggested it’s one of the closest examples Matisse ever came to outright abstraction. But, look closely, and you’ll notice it’s not completely devoid of representational form. Creeping along the top left hand corner, Matisse playfully positioned what some have suggested to be a diminutive snail. 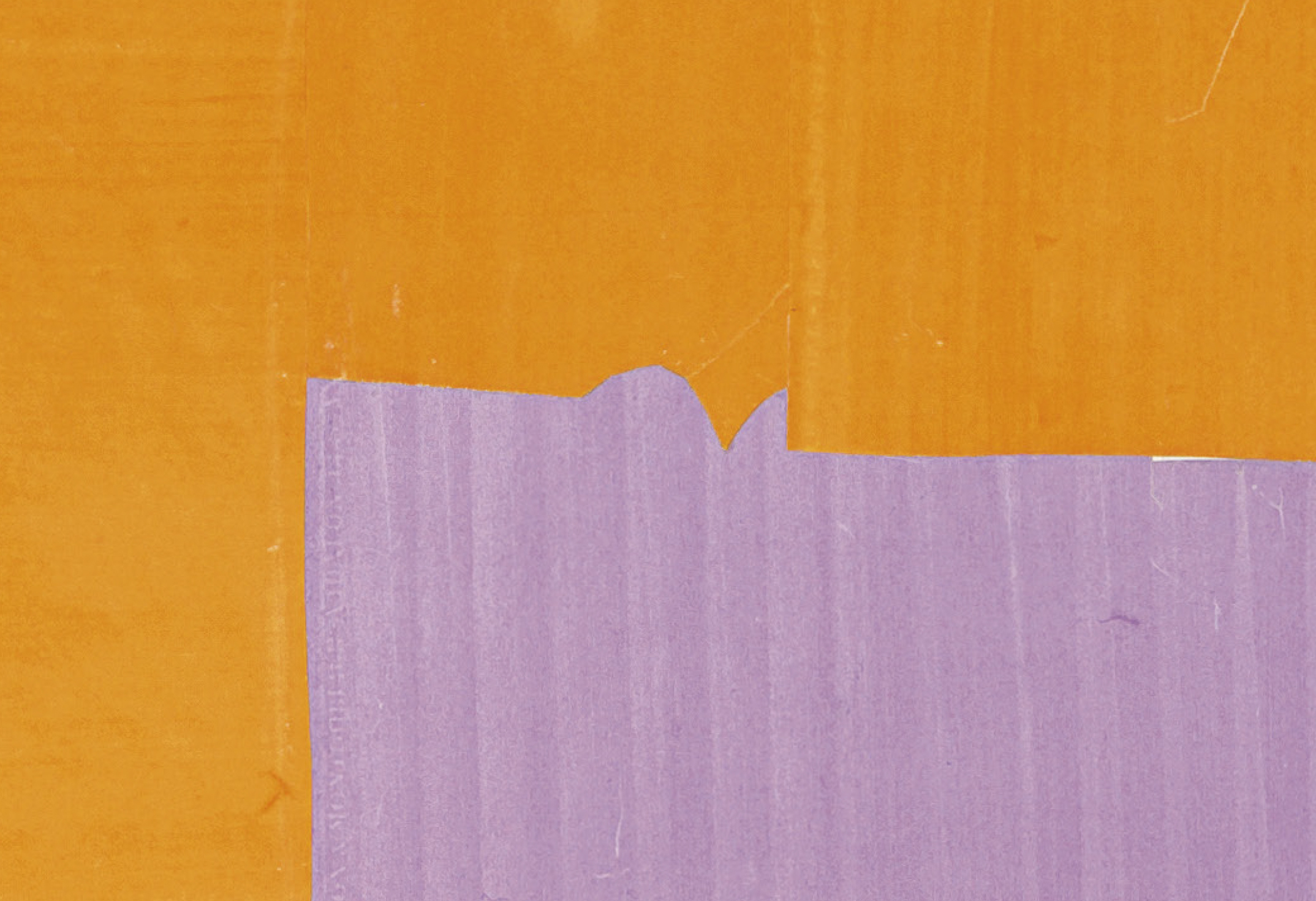 Close up detail of The Snail, 1953 cut-out by Henri Matisse

Produced in partnership with Tate and the Matisse Estate, The Snail is printed on matt 250gsm conservation digital paper. Manufactured on a Fourdrinier Machine, a process first perfected and patented by the Fourdrinier brothers in 1803, the paper is made in Germany from acid and chlorine free wood pulp. When choosing a frame to present the piece in, we recommend our responsibly sourced solid ash frame which is hand painted with a complementary black stain and finishing wax.