Most wished for: Iconic artworks This holiday season, we’ve curated a selection of artworks our customers covet most. From Neo Expressionist masterpieces by Jean-Michel Basquiat to shimmering artworks by Gustav Klimt, discover the iconic gifts on everyone’s King & McGaw wish list.

Beguiling with its nocturnal neon glow and cinematic eeriness, Edward Hopper’s (1882–1967) 1942 painting, Nighthawks, is celebrated as one the best-known – and most mysterious – artworks of the twentieth century. Inspired by Vincent Van Gogh’s Cafe Terrace at Night (which Hopper had seen exhibited in New York in 1941), this famous painting was created in the wake of America’s early involvement in World War II. With the precision of an architectural drawing, it uses strong diagonal lines that converge off the canvas to draw the viewer’s attention away from the surrounding buildings and into the all-night diner.

Behind a hermetically-sealed sheet of curved glass, three customers sit in silence, as a waiter stares across them and into the shadows of a dimly-lit street corner. With no sign of conversation amongst people inside, Hopper intensionally leaves the narrative open ended. Stranded on the street corner with no door to enter, we – the voyeuristic viewers – are left to look on and make up our own minds about the story. Is it tense? Melancholic? Or is it simply a quiet sanctuary for strangers, isolated from one another in a vast, sprawling city?

Hopper himself was a notoriously introspective artist. His wife Jo once described talking to him as ‘just like dropping a stone in a well except that it doesn’t thump when it hits bottom’. Keen to know more about Hopper’s elusive creative influences, many have since speculated where the diner in Nighthawks was situated in New York. All have searched its labyrinthine streets in vain. Most critics conclude that there was no ‘real life’ diner Hopper copied from. Instead, the whole mysterious scene came from his own unconscious imagination.

Originally titled ‘Lovers’, The Kiss by Gustav Klimt (1862–1918) is widely regarded as the pinnacle artwork of the Vienna Secession. Painted between 1907 and 1908 – during the height of what scholars refer to as Klimt’s ‘Golden Period’ – the artwork exemplifies his mastery of a new technique; combining gold leaf, silver, and platinum flakes with oils and bronze paint reminiscent of Byzantine mosaics.

Critics have speculated that Klimt was influenced by a trip to Ravenna four years prior to creating the artwork. In the Church of San Vitale, he saw spectacular mosaics he admired for their flatness and their lack of perspective and depth; something he thought enhanced their golden brilliance. Accordingly, the two lovers he depicts in The Kiss are swathed in richly embellished robes. With their bodies entwined above a meadow of flowers on the brink of a precipice, some have suggested Klimt was making an allegorical statement about love being at the heart of human existence.

When The Kiss first went on display in 1908, it was quickly purchased by the Austrian state for a record-breaking figure of 25,000 crowns (roughly £200,000 today). Before the historic sale, the highest price paid for a painting in Austria was just 500 crowns. Now a priceless national treasure, The Kiss takes pride of place in Vienna’s famous Belvedere Palace collections. Exhibited under a spotlight in a long dark room, the almost six-foot-square painting attracts a constant flow of art-loving tourists eager to get a glimpse of its splendour. Visitors have become so numerous that curators recently took the decision to place a life-size reproduction in an adjoining room – allowing tourists to take selfies at their own leisure without congesting the gallery space.

The Great Wave off Kanagawa, by Katsushika Hokusai

Since its genesis in early nineteenth-century Japan, The Great Wave off Kanagawa has swept the world with its sublime beauty. Created by Katsushika Hokusai (1760–1849), a painter of the Edo period (1603-1868) in Japan, the original artwork belongs to a collection of woodblock prints titled Thirty-six Views of Mount Fuji. Each print depicts the towering peak from a different angle or environment, but ‘Great Wave’ as it is often shortened to, is widely regarded as his masterpiece.

Created in his seventies, Hokusai’s iconic artwork is dominated by an enormous cresting wave. So dramatic is the swell of the water that many viewers miss the three wooden sailing boats battling to stay afloat. Above them, majestic Mount Fuji looms in the background. Some have compared the violence of the scene to a tsunami. However, scholars Julyan H.E Cartwright and Hisami Nakamura have suggested it is more likely a ‘rogue wave‘ which are common out in the open ocean.

Owing to the fact that it was mass produced as a woodblock print – and roughly 8,000 early copies were made – many major museums hold copies in their collections, including Moma, the British Museum, and the Art Institute of Chicago.

Best known for his industrial landscapes of the north of England, L. S. Lowry’s (1887–1976) artistic career started later in life. Although he grew up in a middle class house, financial difficulties forced the family to move from a quiet, leafy neighbourhood in Manchester to the industrial area of Pendlebury. At first, Lowry hated it. After leaving school at 16, he went on to work as a rent collector at an accountancy firm for more than 40 years. It was not until he missed a train at Pendlebury that his view of the world changed irrevocably. Looking on at Acme Company’s spinning mill from the train platform, he suddenly noticed ‘the huge, black framework of rows of yellow-lit windows against the sad, damp-charged, afternoon sky [...] The mill was turning out hundreds of little, pinched figures, heads bent down’. Despite witnessing the same scene countless times before, he had never felt it with such ‘rapture.’

Seeing the world in a new light, he became a disciple of the Impressionists who also shared a fondness for capturing modern life in an urban landscape. Reflecting on his career, Lowry explained that his ‘ambition was to put the industrial scene on the map because nobody [before] had seriously done it,’ Soon, urban panoramas, smoking chimneys, and ‘matchstick men’ became synonymous with his name.

Painted in 1959, Going To Work – with its stream of workers funnelling into a busy factory – epitomises his artistic vision for the industrial working class. One of just a handful of water colours painted by Lowry, its simple colour palette makes use of just five colours (vermilion, ivory black, Prussian blue, yellow ochre and flake white), leading some critics to suggest his sombre artworks reflected the turmoil of losing his father in 1932, and the long-term illness of his bedridden mother, with whom he still lived with. Muted though his paintings may be, ‘Without his pictures,’ art historian Timothy John Clarke explains, ‘Britain would arguably lack an account in paint of the experiences of the twentieth-century working class.’

Drawing on his personal record collection – which is said to have included trumpet players Dizzie Gillespie, Louis Armstrong, and Miles Davis – Basquiat (1960–1988) Trumpet is an homage to his jazz heroes. Painted in 1984, it incorporates many visual tropes now characteristic of his expansive artistic oeuvre, leading countless critics consider it one his most important artworks.

Keen to paint his idols into the history of art that had long neglected them, the figure in Trumpet dons Basquiat's trademark three-point crown, suggestive of defiant, reclaimed power. Black-masked and emerging from a scratchy white and red background, energetic mark-making using oil stick and acrylic channel the rhythmic spontaneity of jazz music Basquiat was known to listen to whilst he worked. As one of 30 large-format paintings to reference jazz musicians, Trumpet is a powerful assertion of the richness of black culture.

Our wish lists are a fantastic place to store your favourite artworks. As you browse the site, click on this symbol ♡ to add an art work to your wish list. Need some extra help? We’ve put together this helpful guide so you can make the most of your wish list's curated features. 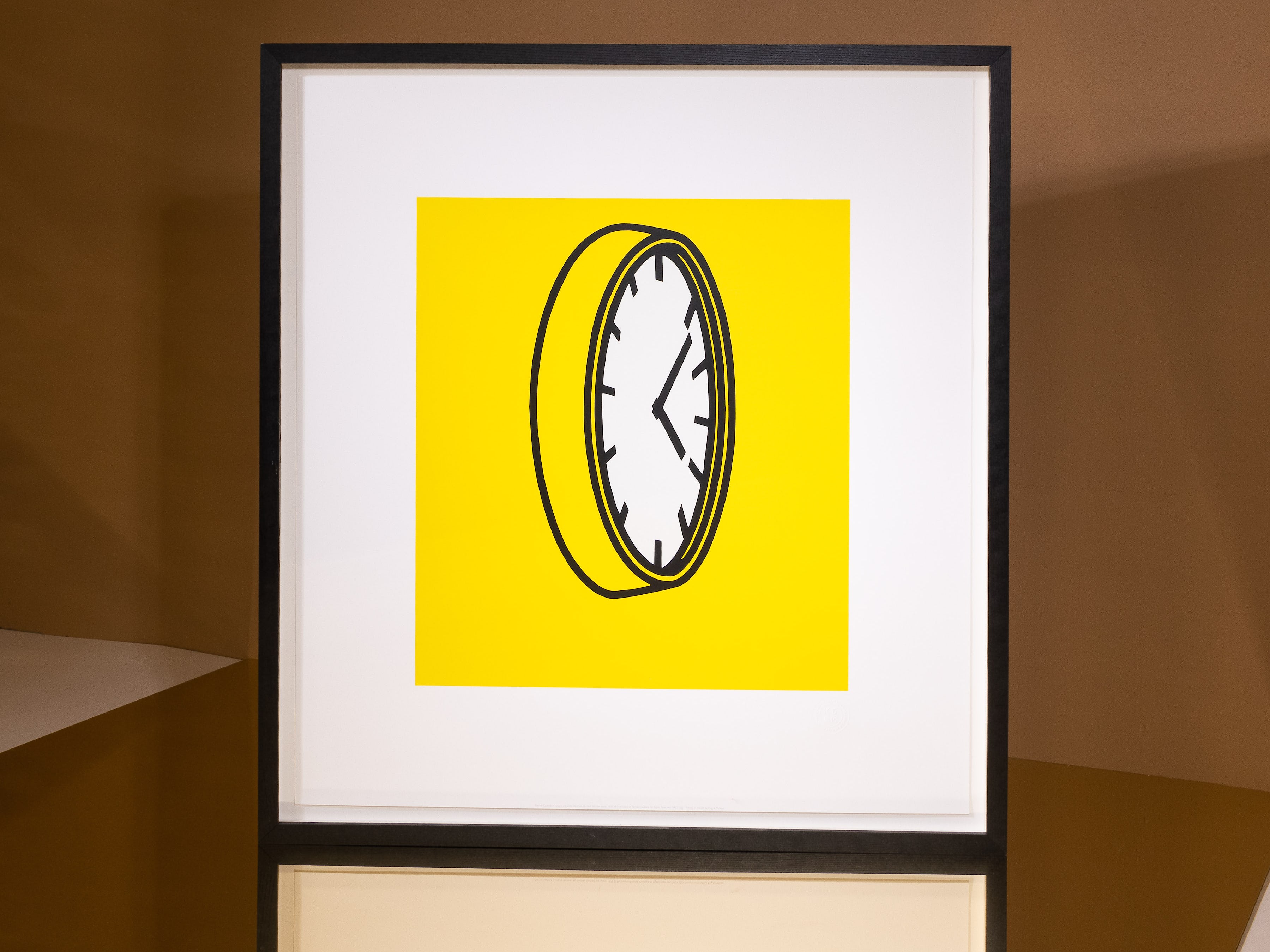 Most wished for: Special Editions 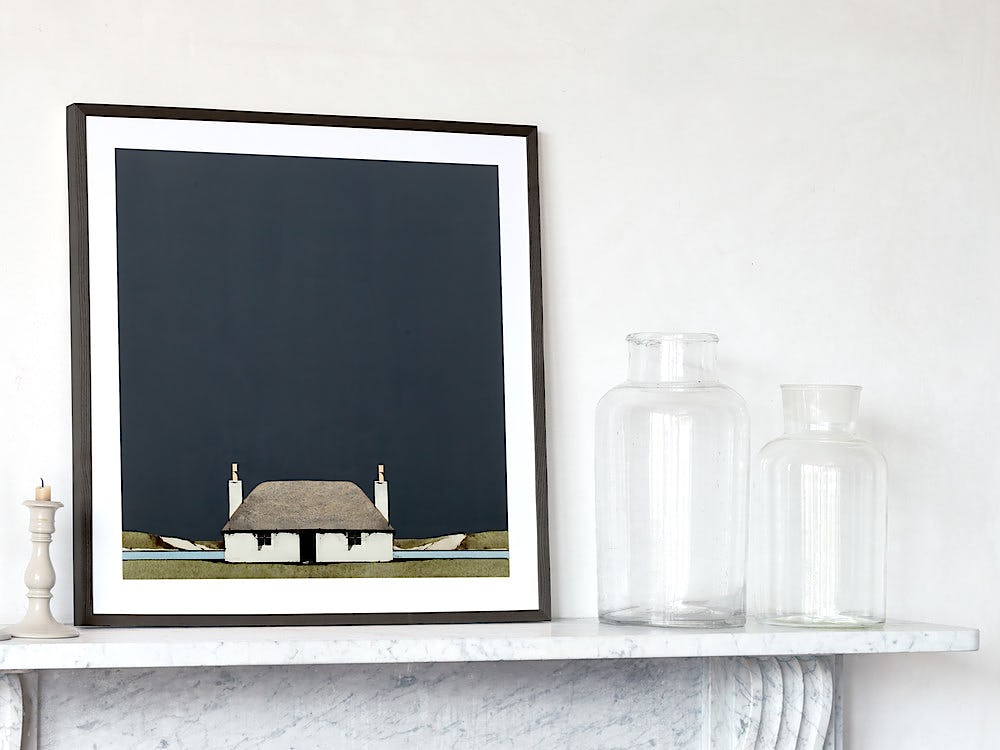 Art gifts for him 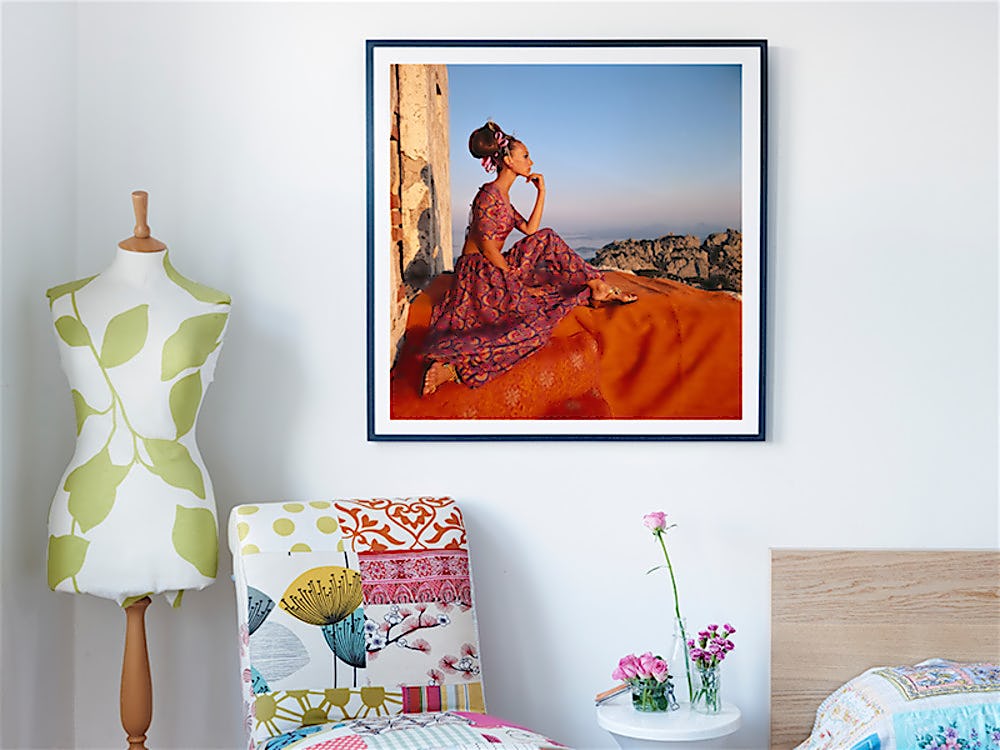 Art gifts for her