Movies have captured the hearts of spectators for decades: from indie hits to blockbuster sell-outs. Film advertisement posters are widely admired for their bold lettering and large format, with many film-goers collecting them as relics of cinematic history. Join us as we take a closer look at some of the world’s best-loved blockbusters that feature in our Rare Film Poster archive.

Adapted from William S. Borroughs’ 1959 novel Naked Lunch, David Cronenberg’s surrealist, science fiction film of the same name follows the story of an exterminator who develops an addiction to the substance he uses to kill bugs. After he accidentally kills his wife, he becomes involved in a secret government plot orchestrated by giant bugs in a port town in North Africa. For much of the film, the exterminator spends his time writing reports on a typewriter which doubles as an insect that groans with pleasure as he works his fingers over its keys.

Though it was praised by film critics, the initial box office release of Naked Lunch, in 1991, was a flop. It has since become a cult film, acclaimed for it’s wonderfully bizarre narrative. ‘Strange, maddening, and at times incomprehensible’, one reviewer wrote on the review-aggregation website for film and television Rotten Tomatoes, ‘Naked Lunch is nonetheless an engrossing experience.’

An original US poster, for the re-release in 1999.

Confined to a wheelchair after breaking his leg, professional photographer L. B. ‘Jeff’ Jefferies satisfies spends his time recovering by watching his neighbours who keep their windows open during an intense New York heatwave. Convinced that he has witnessed a murder, he begins documenting their private lives through the lens of his camera.

American journalist, author, and film critic for The New York Times, Bosley Crowther called it a ‘tense and exciting’, concluding that the film’s director Alfred Hitchcock expertly builds up the plot; carefully tricking, deceiving, diverting and amusing film-goers at every turn. Today, Rear Window is considered one the greatest films ever made. Receiving four Academy Award nominations, it’s just as loved today as it was upon its box office release almost 70 years ago.

An original British version of the 1992 poster. Unfolded and double sided.

With a botched jewellery heist, a Mexican stand off, and a warehouse rendezvous during which a man’s ear is slashed clean off with a razor, Reservoir Dogs has all the hallmarks of a violent Quentin Tarantino film. Starring Harvey Keitel, Tim Roth, Chris Penn, Steve Buscemi, Lawrence Tierney, Michael Madsen, and Edward Bunker as diamond thieves, the film centres around the suspicion that one man is a police informer. The criminals, who use aliases like Nice guy Eddie, Mr. Brown, White, Blonde, Blue, Orange, and Pink, ruthlessly try to find the traitor in their midst.

When it premiered at the Sundance Film Festival in January 1992, Reservoir Dogs became the festival’s most talked-about film. Critic Jami Bernard of the New York Daily News compared its effect to the groundbreaking 1895 film L' Arrivée d'un Train en Gare de la Ciotat – a groundbreaking film that featured a moving train approaching the audience who, believing it to be real, ducked in fear. Bernard deduced that Reservoir Dogs had a similar effect – cinema-goers simply weren’t ready for it. Today it is regarded as a classic of independent and cult film.

Despite living a life of extreme poverty in Brooklyn, African American graffiti artist Jean-Michel Basquiat (played by Jeffrey Wright) strives to rise up through the 1980s New York art scene. With friends in high places like Andy Warhol (played by David Bowie) Basquiat becomes the brightest star of neo-Expressionism.

Comparing David Bowie’s portrayal of Warhol to others who’d portrayed him before, American film director Paul Morrissey said he was the best by far. ‘You come away from Basquiat’, Morrissey explains, ‘thinking Andy was comical and amusing, not a pretentious, phony piece of shit, which is how others show him.’ Bowie, after all, actually met Andy Warhol, they went to the same parties. Interestingly, he was even able to borrow Warhol’s real wig, glasses and jacket from the Warhol Museum in Pittsburgh to play his part in the film.

The film is dominated by Basquiat’s tumultuous life, specifically his addiction to heroin, which overshadows his rise to fame, threatening all. Co-written and co-composed by Julian Schnabel as his feature directorial debut, it has received mixed reviews. 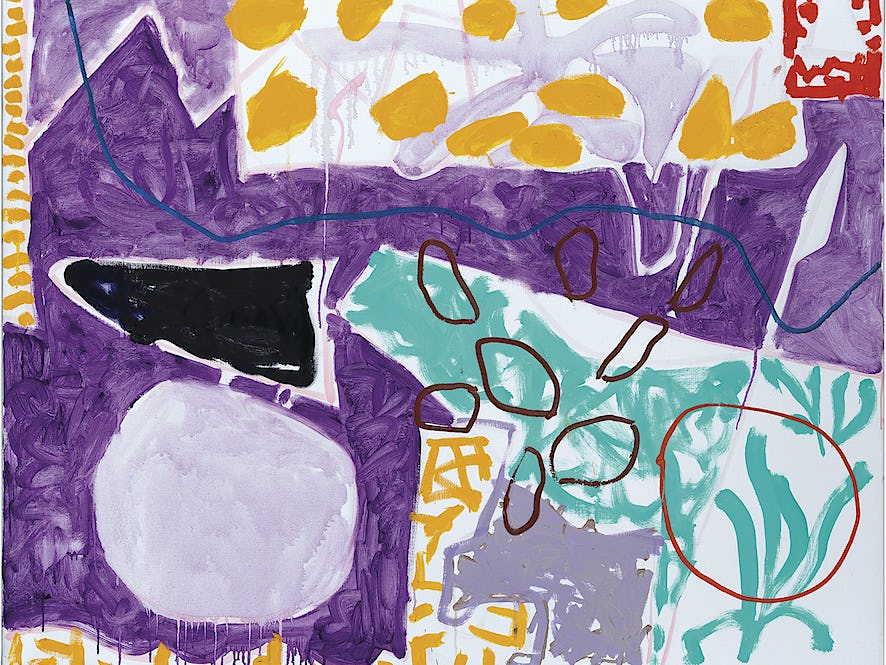