Ambrosine Allen creates intricate collages from obsolete encyclopaedias and discarded books. Her Limited Edition, The Cloud-capt Mountain, which is part of our Curated Editions collection New Mythologies, references seventeenth and eighteenth-century landscapes and aims to create a sense of tension and flux. 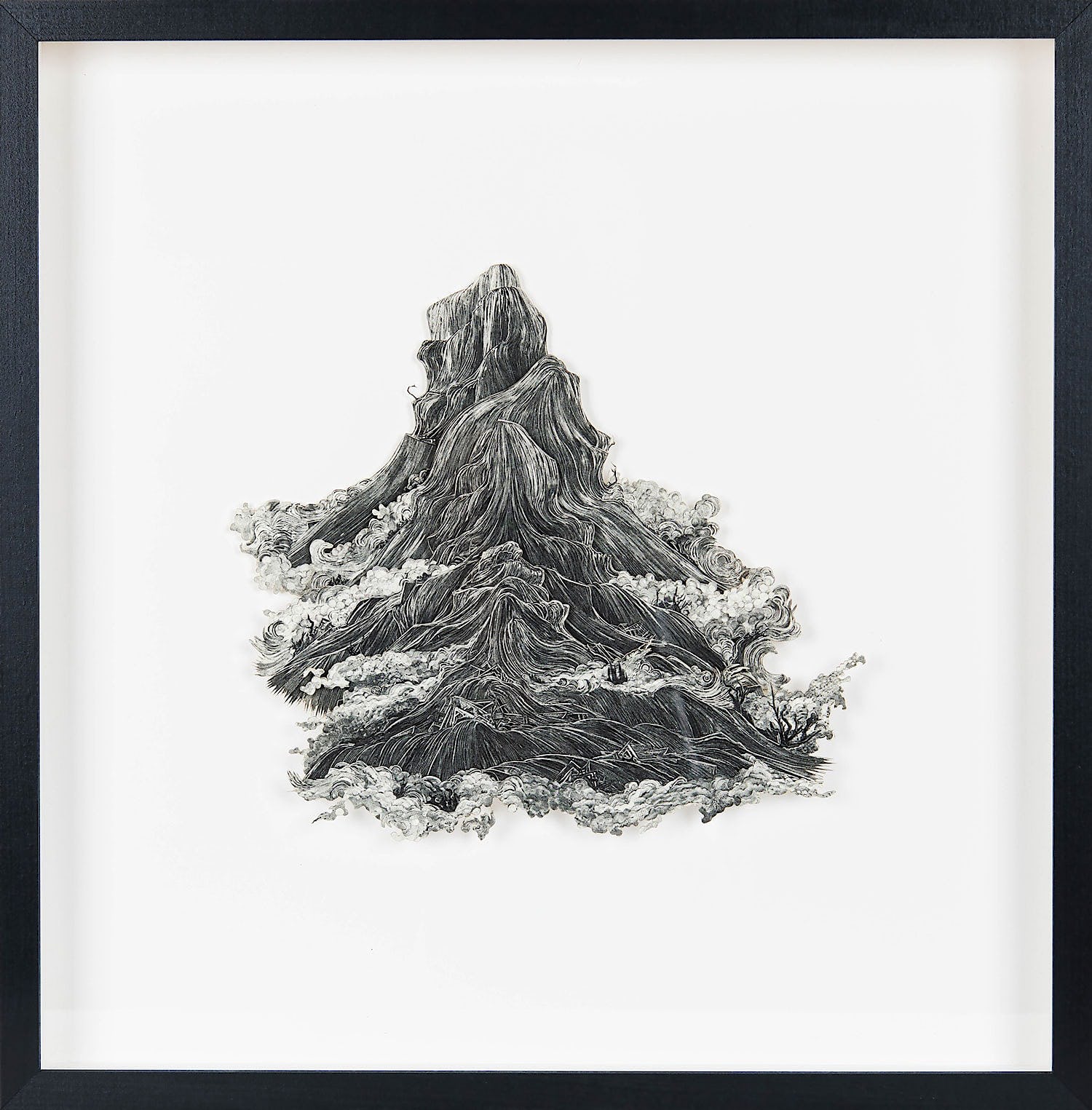 ‘Because the making process is so time consuming, the landscape changes anyway – almost in the way it would in the natural world. Parts rise and fall, skies and clouds come and go as I build up the layers.’

A collage work in progress in Ambrosine Allen’s studio 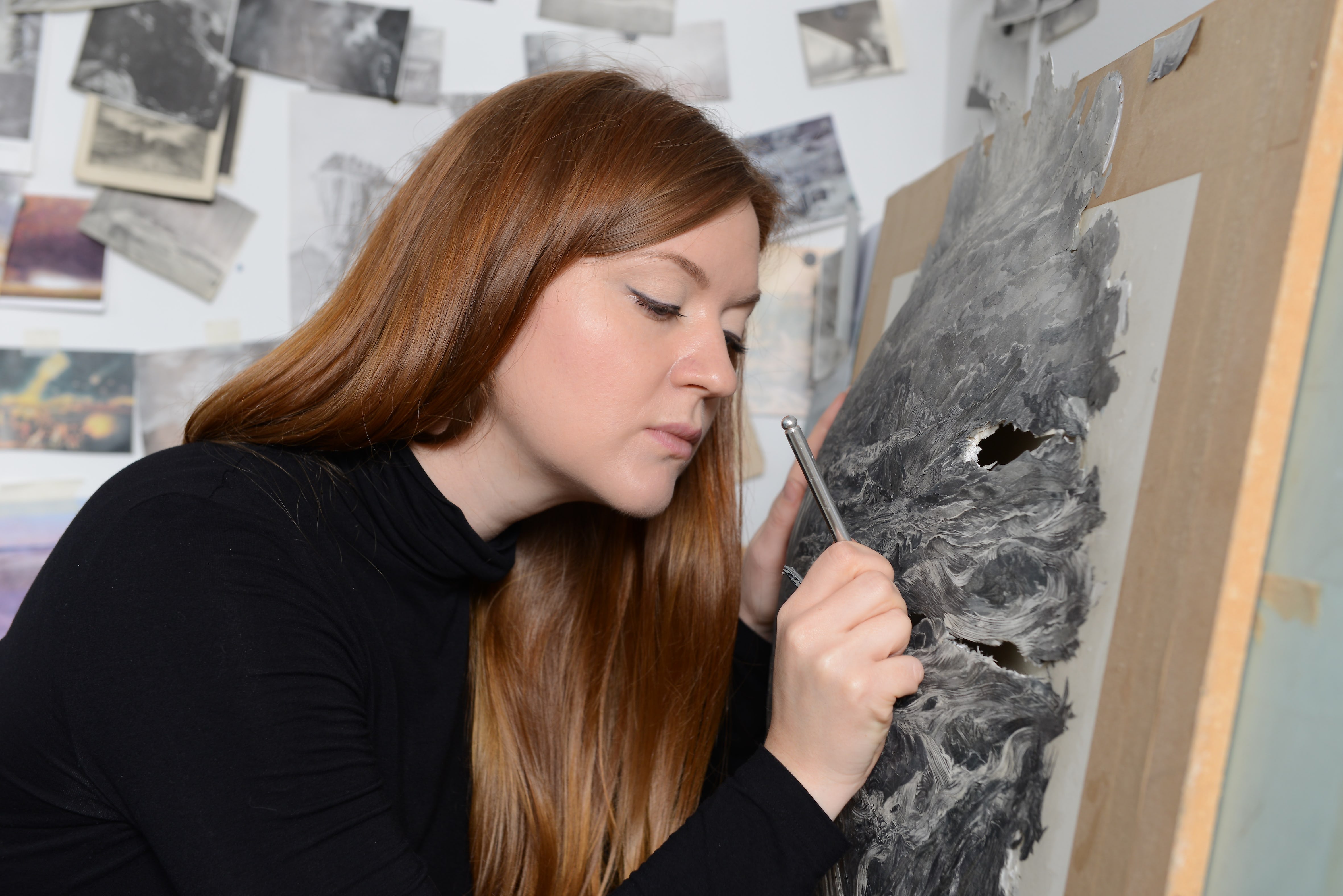 Ambrosine Allen’s work is intricate, delicate and multi-layered. Mystical landscapes and dramatic scenes are built from thousands of tiny fragments of collage, painstakingly assembled over many hours, days and weeks.

Ambrosine Allen (b. 1982 Suffolk, UK) is an internationally exhibited artist whose work can be found in collections worldwide. She graduated from the MA Fine Art: Drawing course at Wimbledon School of Art in 2005 and was a finalist in the Jerwood Drawing Prize the same year. After her first solo show in London in 2012 she was profiled as an artist to watch in a number of publications including Quintessentially and Flaunt.