With her painting 'The Roll Call', exhibited at the Royal Academy in 1874, Elizabeth Southendon Thompson (1846-1933) caused a storm. She depicted weary and ragged British soldiers in the Crimea, striking a chord with everyone in Britain at that time. The picture was so popular that a policeman had to be stationed outside the Academy to control the large crowd that wished to see it. Queen Victoria expressed a desire to own it, and the artist had to paint a second copy for the person who had originally commissioned the painting.

Importantly, Elizabeth accompanied her husband Major William Butler during his military career and drew much inspiration from the soldiers, their costumes, and their stories. 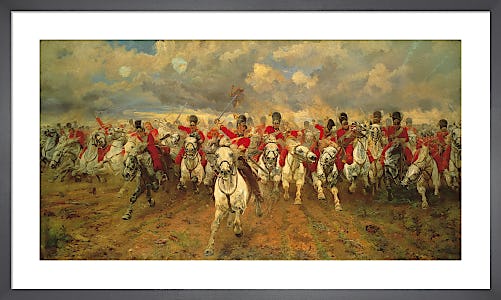