Trace Encounters of the Deferred Kind I

Anonymous
1 year ago
Verified
I just love it, it’s captivating 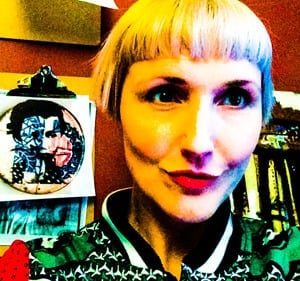 Wilma Stone (b.1970) is a UK-based artist who works across a range of media such as clay, paper, found objects, photography, video, and print. She has a unique creative practice that sits in a space between disciplines and both supports and subverts the contemporary and traditional.  Wilma originally founded 100proof with the urban culture specialist King ADZ and over the last two decades has produced music, a streetwear label and a content production company.

She first began using clay at an evening class in 2006 and eventually graduated with a ceramics degree in 2014. Her original ceramics of obsolete urban artifacts rose to prominence in 2008 through the Modart movement – a loose collective of influential urban contemporary artists. When still an undergraduate, she exhibited alongside the street artists Blek Le Rat and Hush, and has shown in galleries across the UK: Leeds Metropolitan University Institute of Enterprise Gallery , Gallery North, West Yorkshire; Redhouse Originals, Harrogate,  Sanbao International Ceramics Institute Gallery, China, the Old Truman Brewery, London,  and at The Tetley, Leeds.  Her work has been featured in the book Street Knowledge - The Age of Culture (2010), Modart Magazine, Susology, and Elle Decoration.

Travel is an important creative element for Wilma; she has lived in Leeds, London, Brighton, Cape Town, and New York.