Candida Powell Williams’ sculptures and performances explore slippages of memory and storytelling over time. Her Limited Edition, which is part of our Curated Editions collection New Mythologies, is informed by visual patterns and human ways of ordering the chaotic universe.

Orbit within the Echoes – Limited edition by Candida Powell-Williams

‘I’m interested in the way the female body is represented within the historical narratives surrounding esoteric spiritual practices.’

Orbit within the Echoes: Performance and Sculptural Installation

The edition began as a preparatory study for a performance piece called Orbit within the echoes which was live at Whitechapel Gallery’s Nocturnal Creatures event and at Capel Manor Gardens in the summer of 2021. The performance of five dancers in a garden drew inspiration from the history and design of labyrinths and their association with dancing. 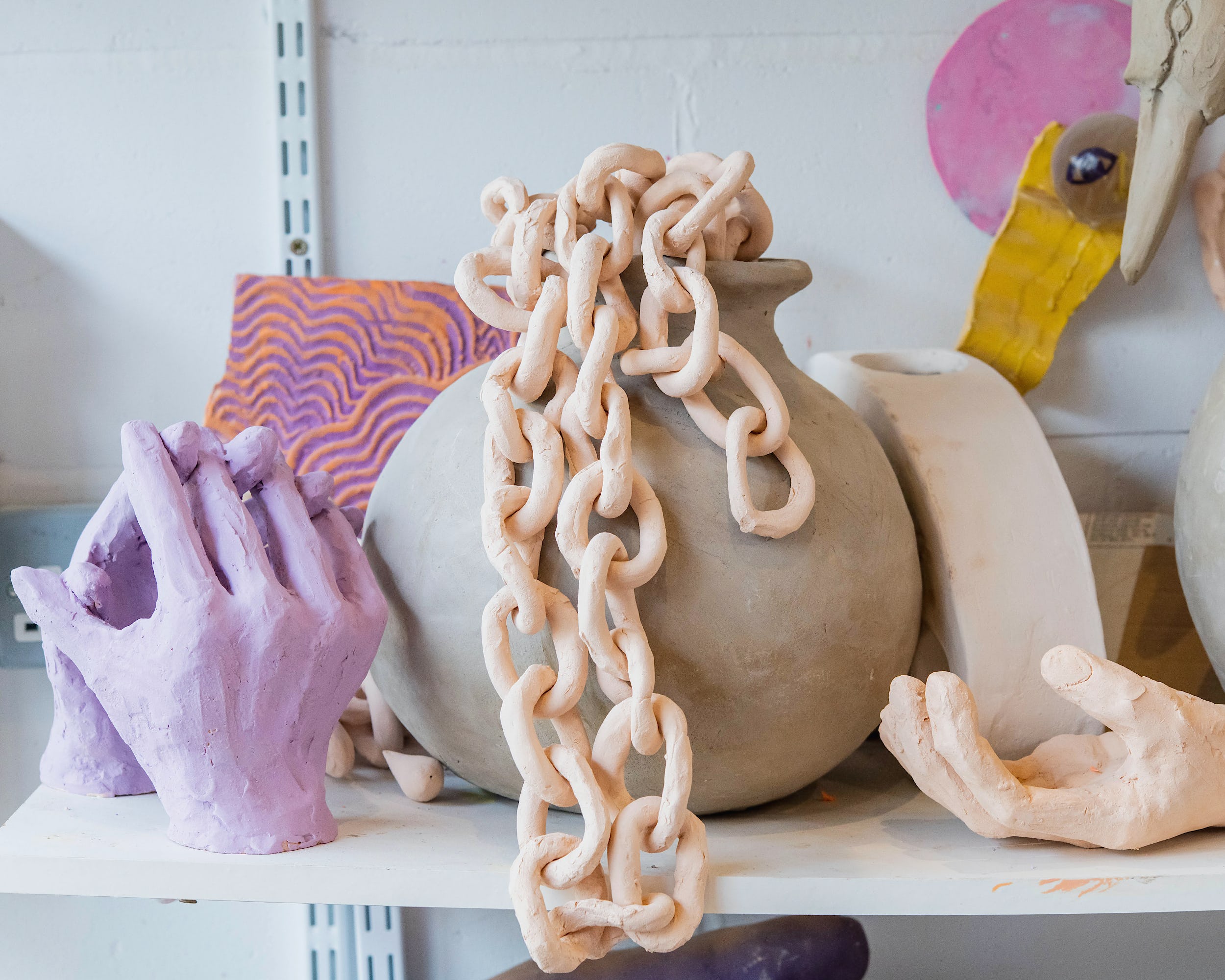 Playful, colourful, and joyous to behold, mixed media artist Candida Powell-Williams’ work explores representations of overlooked historical women. She talks to curator Becca Pelly Fry about her use of esoteric symbols and signs, and the Limited Edition she's made for our inaugural Curated Editions collection, New Mythologies.

Powell-William’s is the recipient of the 2018 Mother Art Prize with a group show at Mimosa House London (2019). She was artist in Residence at The Warburg Institute London (2018-19) and other awards include the Sainsbury Scholarship at the British School at Rome (2012-13), the Paris Residency at Cite Internationale des Arts, (2010), Eric and Jean Cass Sculpture Award (2010-2011). She is represented by Bosse & Baum Gallery London.
Live chat