Though they didn’t know it at the time, when Barbara Hepworth and her husband Ben Nicholson fled London in the outbreak of World War II to the safer surroundings of West Cornwall, they laid the foundations for a radical new art colony by the sea. 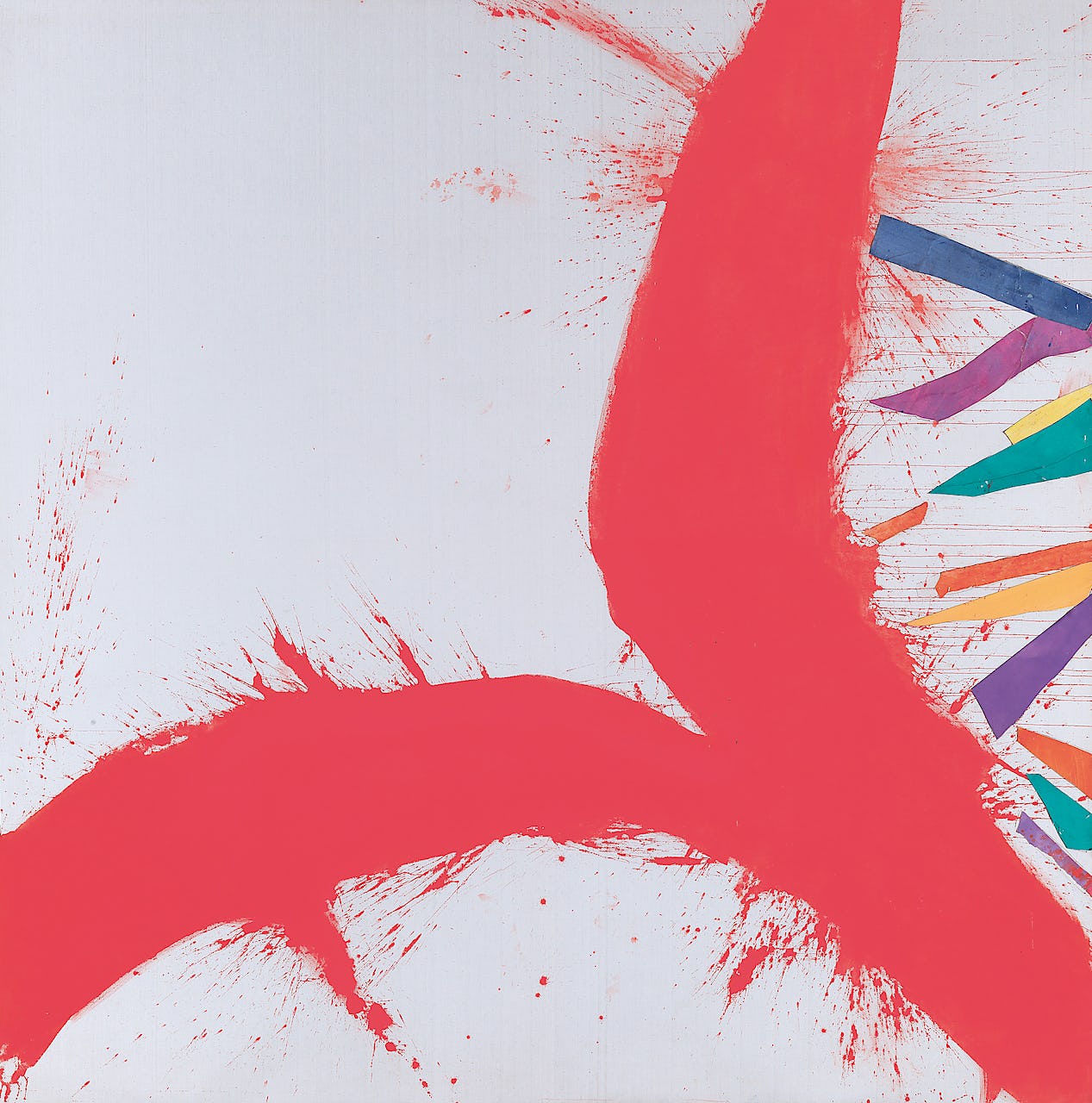 Despite its distance from the international art capitals of London, Paris, and New York, the small fishing village of St Ives became a mecca for artistic modernism. One of the first to be inspired by the beauty of the Cornish coastline was Ben Nicholson. Born to artistic parents in 1894, Nicholson began his career painting landscapes and still lifes.

It was not until after he’d visited Piet Mondrian’s Paris studio in 1934 that he began to become interested in abstract art. After Nicholson helped the Dutch abstract painter move to London in 1938, he regarded him as a mentor and they exchanged ideas and took tea together regularly.

It was therefore a blow to him when, for the safety of his children at the onset of war, Nicholson and Hepworth evacuated their young family and settled in the village of St Ives. From his beach-front studio at Porthmeor down the road, Nicholson initially created experimental Cubist-style pictures inspired by works he’d seen by Picasso.

However, one day, whilst walking through a village, Nicholson stumbled across the naive paintings of an elderly local fisherman called Alfred Wallis. Though he had only started to paint late in life after his wife died, Wallis produced wonderful depictions of the sea and sailing ships on wood or scraps of cardboard.

Inspired by what he saw, Nicholson created simple reliefs which built up shallow abstract and geometric shapes which, in his view attempted to ‘locate the holy grail of the minimum means to express the most complex ideas.’ 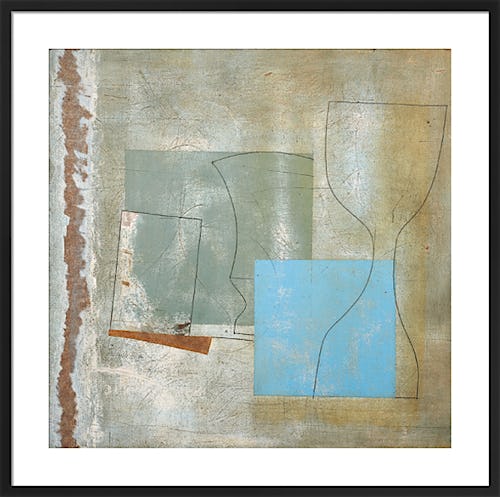 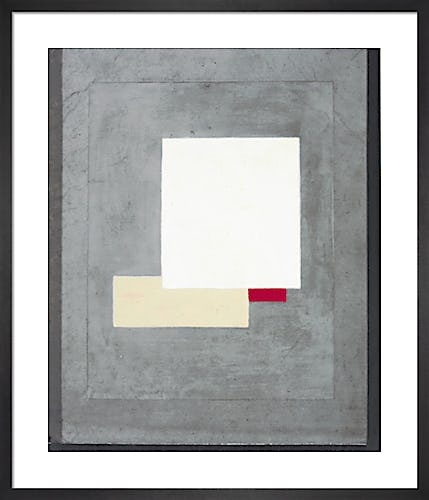 After she divorced from Nicholson, the sculptress Barbara Hepworth acquired a light and airy studio space of her own in St Ives. For the next twenty-five years – until her accidental death caused by a fire from one of her own cigarette butts in 1975 – she lived and worked at Trewyn Studios. Finding such a place, she once wrote, ‘was a sort of magic. Here was a studio, a yard and garden where I could work in open air and space.’

Before making the move to St Ives, Hepworth made many trips to Europe where she visited the studios of Pablo Picasso and Jean Arp, and became acquainted with Georges Braque and Piet Mondrian.

Fascinated by the radical ideas and techniques she had seen on the continent, she transported them to her little studio in St Ives. Before creating her large-scale sculptural abstractions out of bronze, wood and stone, she produced preliminary drawings. Often ovular and organic in shape, they elegantly explored the shifting contours of the interior and exterior. 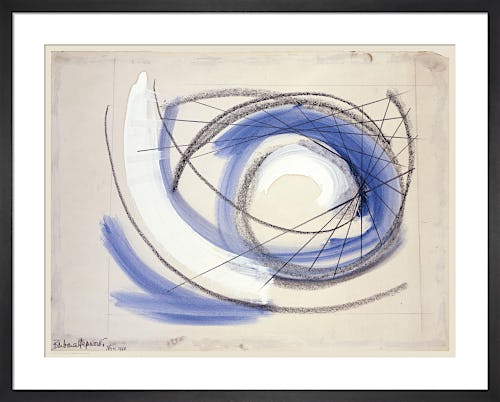 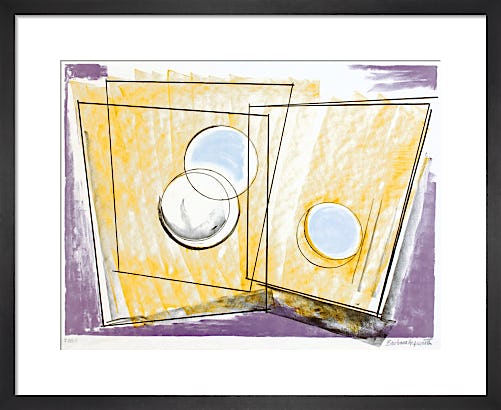 Terry Frost came to painting late, after serving as a commando in World War II and enduring four years as a prisoner of war in Germany. After he had studied painting at Camberwell with fellow artist Victor Pasmore, he worked as Hepworth’s assistant.

When he arrived in 1946 to join the St Ives group, he only had enough money to rent a caravan and he relied on a teaching day job to make ends meet. Gradually, he became close with Nicholson who admired the sense of balance and emotional weight in his work. So transfixed was Nicholson with Frost’s abstractions that he once stood in total silence before one of his red, white and black paintings for two hours.

For Frost, his artistic practice had nothing to do with imitation or representation. ‘When I am painting’, he once wrote, ‘I am not concerned with theory, however much thinking I may have done before I started to paint [...] Thinking about painting while painting would be like rowing a boat with the bung out.’ Fascinated by the mystery of life itself, he explained that ‘if we dare to let our intuition or inner self really see, then we know we are a mystery and art is part of our mystery.’ 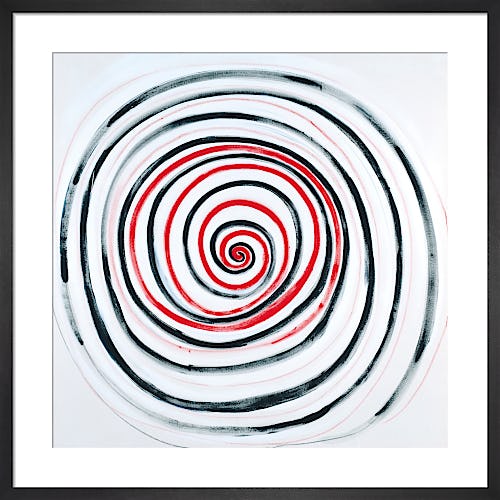 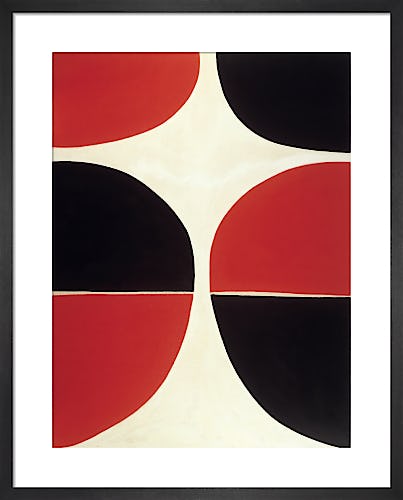 As part of the younger generation of St Ives artists to move to the village in the mid 1950s, Patrick Heron’s work responded to the freshness, immediacy and openness of abstract expressionism. Recognising its radical simplicity, his work emphasised bold colour, brushwork and all over design to create complex patterns of interlocking shapes.

In the spring of 1956, he began a series of garden paintings inspired by the flowering azaleas and camellias in his garden at Eagle’s Nest, Zennor, Cornwall. With its powerful vertical dabs of paint, Azalea Garden is a rich tapestry of abstract energy.

His later, ‘stripe’ paintings are also said to be inspired by the view of the sunset from his studio window at Eagle’s Nest. For their use of strong, saturated colours, they have been compared to American Abstract Expressionist Mark Rothko’s mature works who, coincidentally, visited St Ives in 1958 as a guest of German-born artist Paul Feiler. 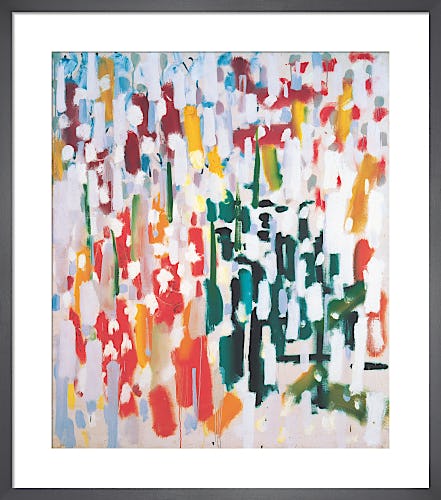 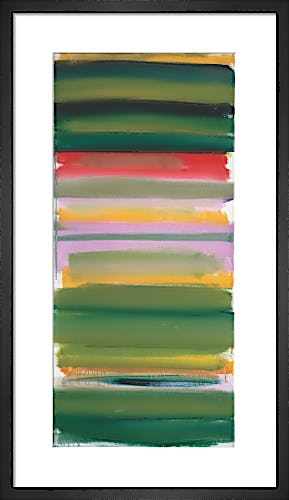 In 1957, Sandra Blow went to the Cornish village of Zennor to visit Heron and his wife Delia. By then, St Ives was internationally recognised as an important outpost for the development of modern art and, since she was so besotted with the place, Blow rented a cottage in nearby Tregerthen for a year.

Not far from the cottage – which was famously occupied by D H Lawrence during the First World War – she rented a studio high up on the hill of St Ives. It was there that Blow created large-scale abstract works that incorporated discarded materials.

Reflecting on her artistic practice and her desire to create a balanced composition, Blow explained how she always sought to find what she called ‘startling rightness.’ For her, it could be ‘any shape or colour: the crucial thing is that although perfect in its place, there is an unexpected quality about it, an element of surprise.’ 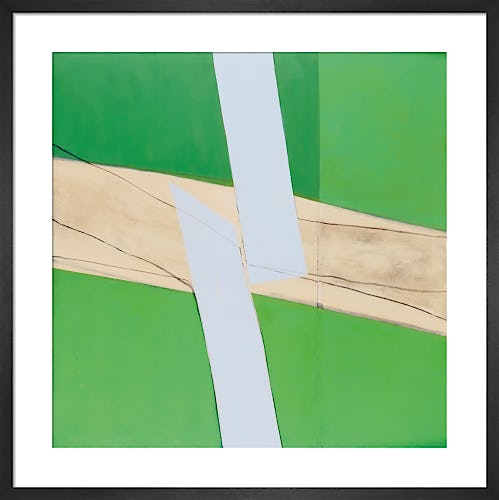 Fascinated by light as a form of expression, Matisse experimented with windows for decades. From Nice to Tangier, discover the stories behind some of his most inventive, window-inspired works.

It was a privilege to have Faye Bridgwater in our Sussex workshop. Learn more about her latest projects and the new Limited Edition prints we produced and hand framed for her.