With special access to Projekt 26 – an unrivalled range of posters collected by British/Polish expert art dealers Harriet and Sylwia – we examine the bold and witty poster designs that emerged from Communist Poland and went on to change the course of modern graphic design.

After Poland’s catastrophic losses during the Second World War (some estimate that the country lost 20 percent of its population, and almost all cultural activities were banned) fences were erected around bomb sites. These make-shift sites ended up becoming experimental street galleries for posters designers to present their work.

Although citizens of the Polish People’s Republic were placed under strict Soviet rule and suffered great repression and hardship, posters remained one of the few artistic outlets permitted by the ruling Communist state. Easily reproduced on transportable lithographic presses, posters became an effective propaganda tool used by Soviet rulers to promote the ‘feel-good’ work of the Ministry of Art and Culture.

As they were printed in strict runs and never designed to be kept, the Polish posters that survive today have been salvaged from the streets, cinemas, exhibitions, music festivals, ballet, theatres and circus performances where they were originally displayed.

A woman pasting a poster onto a wall in Warsaw, 1971. Public domain

Over time, designers from the Polish School of Posters found ways to introduce subversive visual metaphors that subtly mocked Communist rule. Since the sixteenth-century, the Soviet Union had often been personified in political cartoons and engravings as a ferocious bear. Waldemar Świerzy, who started designing posters at the tender age of 15 and went on to become one of the most prolific designers of his generation, created Circus Tuxedo Bear in 1974 (below).

Świerzy’s circus bear (CYRK, is Polish for circus) ridicules the pompousness of the Soviet bear by dressing it in a black and white tuxedo, provocatively positioned next to a tiny, and ironically unrideable, bicycle. Importantly, though the metaphor is acrimonious, no direct statement is made. Instead, the poster is a shrewd work of political symbolism that cleverly escapes censorship.

In Świerzy’s view, as an art form, a poster ‘must provoke the viewer to look. It must focus their attention, if only for a few moments.’ In so doing, such designs elevated posters from simple advertising tools, which were designed to catch the attention of passers-by, into truly original and thoughtful works of art that were designed to be ‘read’.

Designers from the Polish School of Posters were responsible for creating wonderfully minimalist designs that encouraged viewers to participate actively in the reception of a strong visual message. With its straightforward contours and dramatic monochrome execution, Mieczysław Wasilewski’s poster design for Emile Ardolino’s 1987 film Dirty Dancing (below) is a brilliant example of condensed and unambiguous design.

Given the nature of the centrally-planned economy, it was inevitable that posters would become more of a visual than an advertising vehicle, elevated not in terms of sales but in terms of design. Stripping a design down to only the bare essentials – including the title and the names of the cast playfully running down the right leg, Wasilewski creates a beautifully succinct composition that has immediate and long lasting impact. A believer in the maxim that ‘less is more’, the key to his success, and the secret behind Wasilewski’s technique was, in his own words, the rejection of all ‘bad things that come up on the way.’

Throwing out the rule book

Unlike many western designers who followed conventional layouts and visual hierarchies by separating type and graphics, designers from the Polish School of Posters often integrated them into the figures and forms they depicted. Since fonts were not available, they often drew letters by hand, making their designs truly unique.

Warm and inviting, Jan Młodożeniec’ style is characterised by rich colour fields and painterly lines. For his design Mystic Pizza which advertised the 1990 Polish cinema release of the 1980s film starring Julia Roberts and Matt Damon, he gives the figure’s long wavy hair form by adorning it with painterly lettering: ‘amerykańska komedia romantyczna’ [American romantic comedy], alongside the names of notable cast members.

Mucha Ihnatowicz, one of the female designers in a profession dominated by men, created posters with similarly idiosyncratic lettering. Unlike western advertisements, Polish posters were not expected to provide detailed information such as dates, times and locations which were posted elsewhere. The information transmitted was essentially visual. Varying in size and colour, the hand-painted words ‘niedziela wnowym jorku’ [Sunday in New York], stretch across Ihnatowicz’s 1967 design advertising the release of the American film.

The film, which starred Jane Fonda, followed the mad-cap escapades of a cooky heroine who deliberates upon the virtues of premarital sex. Ihnatowicz makes subtle reference to the film’s sensual themes by placing two figures in profile divided by a sinfully-suggestive half bitten apple.

Though many won international awards and are held in major art museums around the world today, most Polish poster designers remain woefully overlooked. Working with Polish Poster specialists Harriet and Sylwia who have created Projekt 26, we’re honoured to introduce a fantastic collection of these posters as Limited Edition prints. The duo, who share a passion for preserving graphic design and the innovative work that emerged from postwar Poland, are valiantly challenging preconceptions about Eastern European art and design.

SEE THE REST OF THE COLLECTION 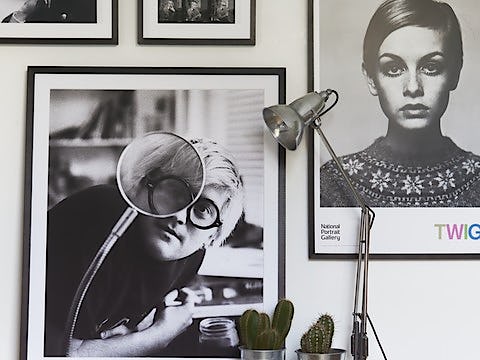 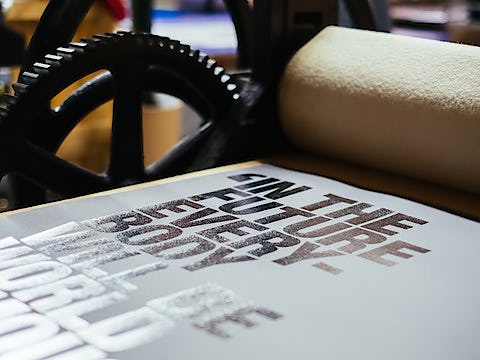 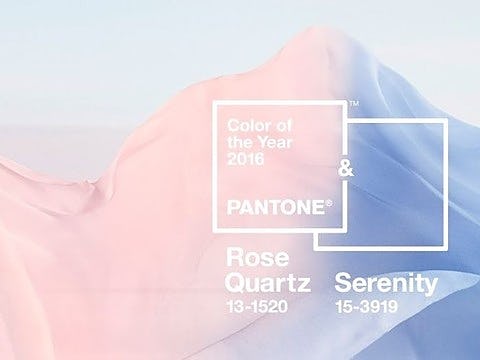